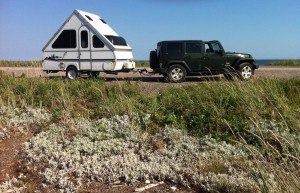 So, recently my beloved Aliner camper, along with everything in it, was stolen from a hotel parking lot.  This fun little shape of a house was essentially my home while I worked out in the Maritimes, between tour directing gigs.

Word has been put out to the police, and to my wide and amazing network of friends… but so far no one has found my home.  We expect it to be near the Halifax area, but it could really be anywhere by now.  I’ve been so busy leading tours (for 30 of the final 32 days of my season), so I’m a bit late posting it on here… but, if anyone near Halifax sees it, let me know.  It is a 1998 Aliner DL folding hard top camper – distinguishing marks were a Route 66 sticker on the back, as well as a bumper sticker that says, “when i grow up,  i want to be like me”.

This was the camper that I lived in during the Route 66 trip that ended up moving my life into a whole new direction and launching a brand new career for me – so it meant a lot to me… so much so that I put $6,000 of upgrades into it recently, rather than buy a newer one.  Since it was so important to me, I’d like to publicly thank the many people who shared the info on its theft online and beyond (almost 2,000 Facebook shares, all told!), as well as CBC Moncton for interviewing me about it on the morning radio show.  (Click here to hear that interview, if you’re interested.) 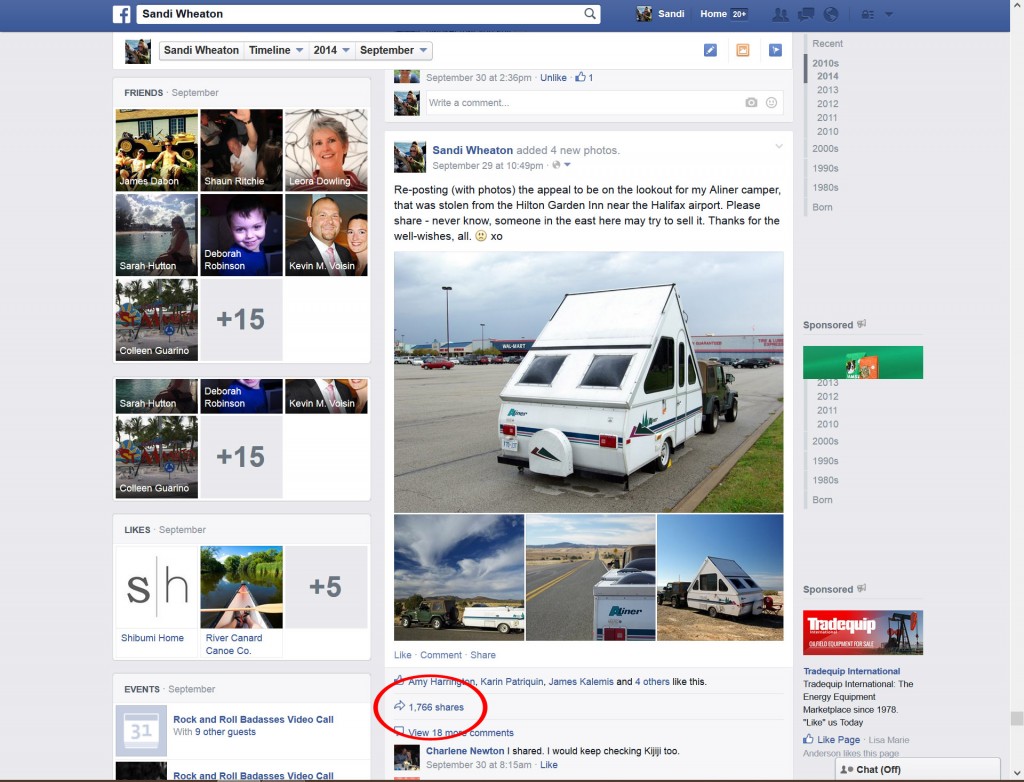 1,766 shares of this notice on Facebook, and there were more still of other posts – thank you, everyone!

One thought on “I’m homeless!”